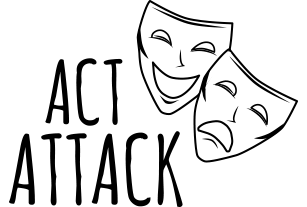 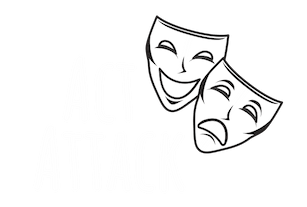 The story of George: A life transformed by theater

There’s no question that shyness can rob us of opportunities that other people would not think about twice. And the plight of the shy actor is one that has afflicted many of us at one point or another, including Act Attack founder George Rigo. This is the tale of an introverted actor who never thought his dream of performing on stage would actually come true. And yet it did, and so could yours…

Stepping outside of the comfort zone

Our story began in 2004 when George and a group of friends went out for drinks following a long day of university lectures. Yorgos – an amusing young chap and close friend of George – started talking about his hobbies: “I’m part of a really cool amateur theatre group”, Yorgos said. George’s mind wandered to his uncle – a famous actor back in the 70s – and recalled the great confidence with which he always carried himself.

Yorgos continued, “we’re like a team, and we do theatre performances every year. Everyone is super friendly, and we’ve bonded a lot. It’s so much fun! Why don’t you join us?” A complete introvert, George was horrified at the thought of socialising with strangers.

“It’s all about practice. You learn so much in such a short timespan – the feeling is amazing. And you meet so many new, interesting people!” Yorgos added. Grappling with the thought for a brief moment, George decided it was time to break free from the shy actor within him. “Okay, I’ll give it a go!” exclaimed George.

An actor in the making

Eager and anxious at the same time, George joined rehearsals for Romeo & Juliet right away. And, after only a few classes, he was offered the role of the priest. Though only a small part, it was a victory for George, and the excitement was second to none. As he walked on stage for the first time, all the stress, fear, shyness and anxiety that had plagued George for nights before transformed instantly into pure excitement, and a flood of energy overcame him.

After that, there was no stopping George. Though he never imagined he would be an actor, there he was, in 2014 – 10 years after his first play, 200 theatre performances completed all around Greece behind him, with a talented, multicultural team of performers, now friends for life. They lived together, worked together, travelled together, laughed together and cried together. Theatre, acting and everything around it became George’s hobby and best friend.

And his dedication paid off. Guided by the brilliant direction of Mr Yannis Degaitis and the daily interactions with his talented co-actors, it was also in 2014 that George’s dream of playing Romeo finally came true. This time, George could set his creative self free in front of 200 people at the Romeo & Juliet Improv Parody show. 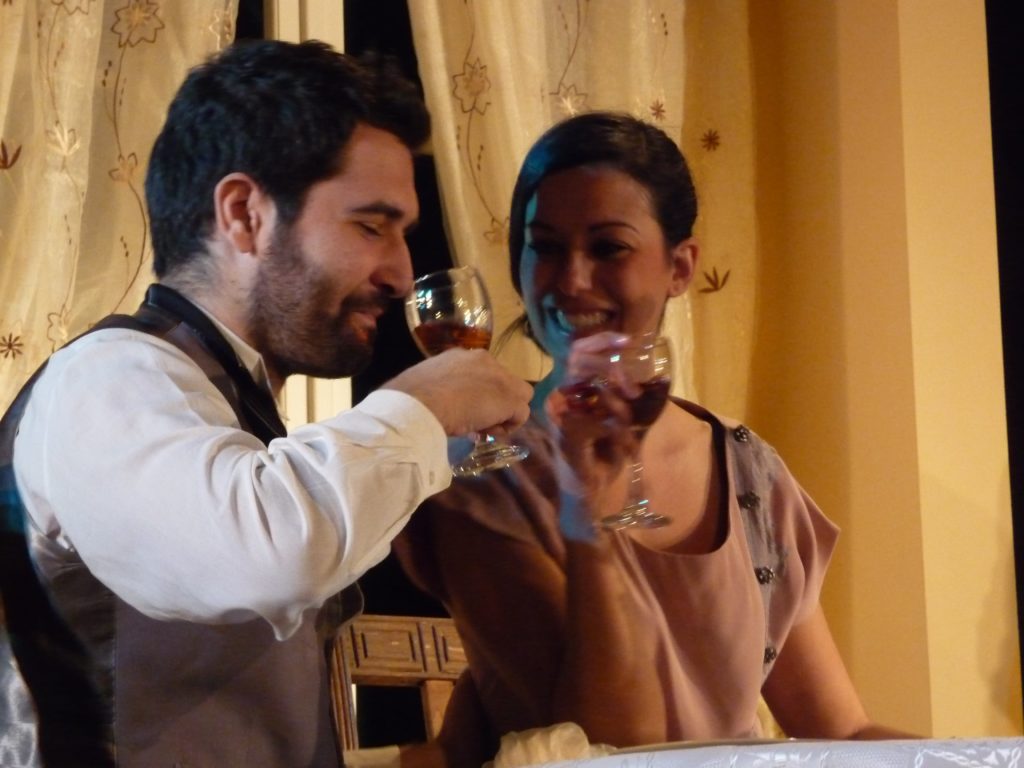 George never thought that acting would transform his life so much, and yet it did. He went from being a shy introvert to an open, social extrovert with more confidence and creativity than he could ever imagine.

And so, upon moving to the Netherlands in 2017, George made it his mission to open up the same possibilities to other shy actors. Just like he had experienced in Greece, he wanted to open up a multicultural theatre community that was open to everyone. Born was Act Attack.

George’s vision with Act Attack is to help people discover theatre and harness the tools it provides for personal development, creative expression and improvisation in a fun and engaging way. Through acting, you can become more confident, more secure and more active in your everyday life. It can help you overcome fears of public speaking, teach you how to interact and communicate with people better, and generally help you grow as a person. That’s part of the magic of acting, George learned. But unlike a magician’s secret, George wants to spread this magic. 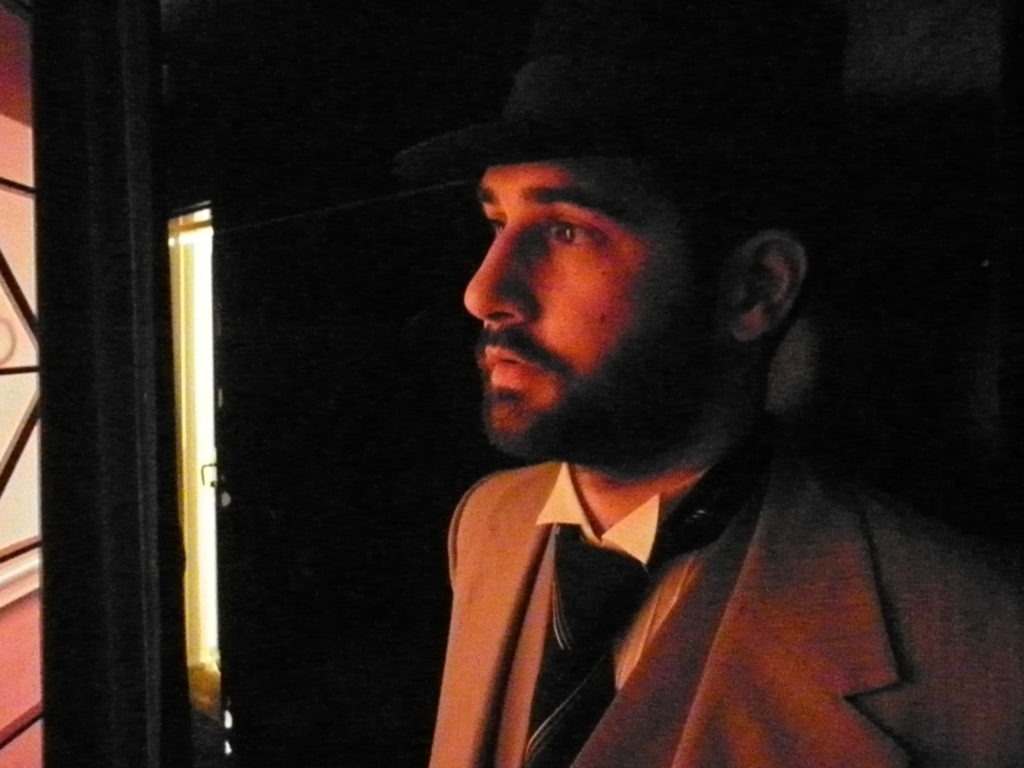 So come along this exciting journey! Now available in Amsterdam, Athens, Barcelona and online.

Want to know more about George’s adventures? Read this interview with Mikadventures about how George turned his hobby into a meaningful career. 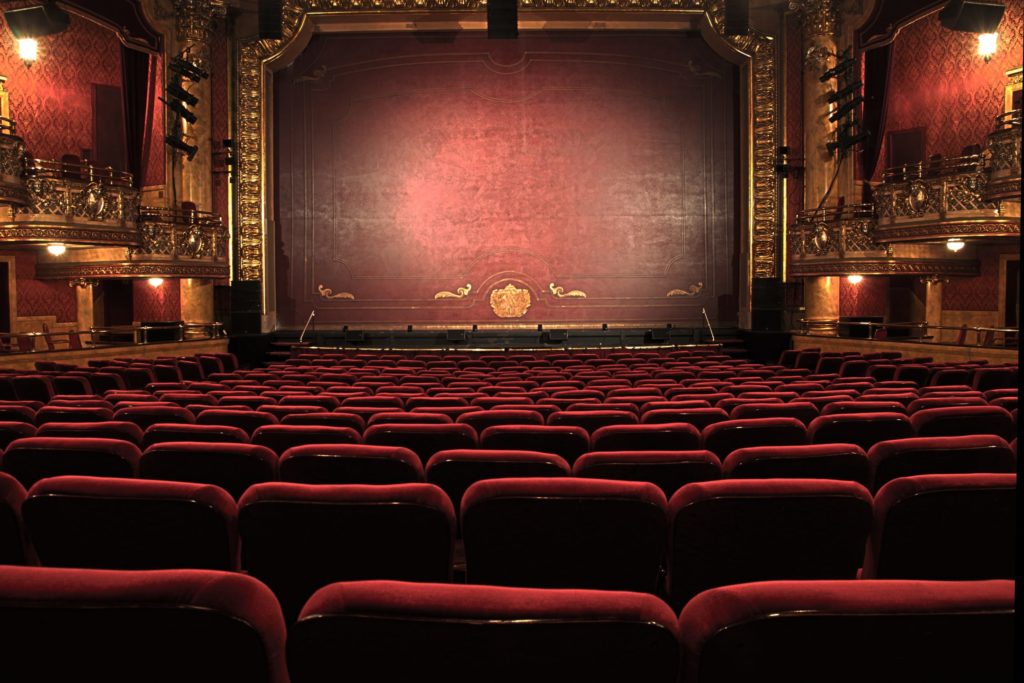 Next Post Theatre and Support in the Time of Coronavirus